Edna’s
159 Frederick St Kitchener, ON N2H 1K8
Join us in an inspiring conversation with local women making a difference – all founders of International Charities. 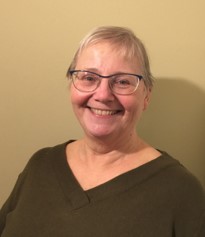 Marg Stahlbaum is a life-long Cambridge resident. Marg has been a site co-ordinator for a literacy initiative by Strong Start® Charitable Organization for over 15 years. As a trained volunteer, she works with children and additionally provides resources for families to support the development of strong literacy skills. At a global level, Marg created 47 libraries in rural elementary schools in developing African countries and brings volunteers to train teachers how literacy impacts overall education. With increased literacy skills, more children are able to continue to high school. Marg believes one book can change the life of a child forever. 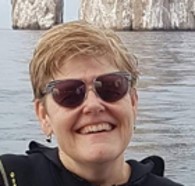 Brenda Porter started the Waterloo Days for Girls (DfG) team in 2014 upon returning from Kenya where she first learned about the impacts of not having access to menstrual hygiene supplies. In 1994, Brenda co-founded Send ’em Off Smiling; an organization still dedicated to providing school clothing and supplies for local children in need. She was instrumental in getting S.O.S. its’ charitable status and establishing policies and procedures; serving as Vice-President until 2002. Brenda is a 5 time travelling volunteer with Sleeping Children Around the World; traveling at her own expense to distribute bedkits. She is a KW Oktoberfest Woman of the Year and a recipient of the John Rodger Award, Manulife’s highest honour, and the Waterloo Region WOW Factor award. She’s the mom of 3 adult children, works full time as an Auditor, enjoys backcountry canoe camping, sings in a choir, and is hiking the Bruce Trail end to end. Brenda is an avid traveler and has had the pleasure of distributing over 800 menstrual hygiene kits to girls in Tanzania, Togo and Vietnam. Brenda joined the DfG Canada Board of Directors in March 2016 as Director and Board Chair; taking on the role of President in December from 2016 to 2018. 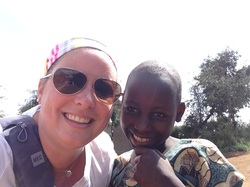 Alison Fraser is as an environmental scientist with Shared Value Solutions in Guelph, ON, where she works with Indigenous communities on a variety of environmental projects. She is a member of the Cambridge Environmental Advisory Committee, and an active member of the Society of Environmental Toxicology and Chemistry on both a regional and national level. Alison is the founder and director of Mom2Mom Africa, a local Canadian not for profit organization that works to empower students through education, in Tanzania. Currently, the organization raises funds to support more than 100 students in Tanzania, and in the past, has raised funds to build a primary school and a secondary school. Alison has three young daughters who play hockey, and as such, also volunteers with the Cambridge Roadrunners Girls Hockey Association. When not working or volunteering, Alison loves to travel with friends and family. 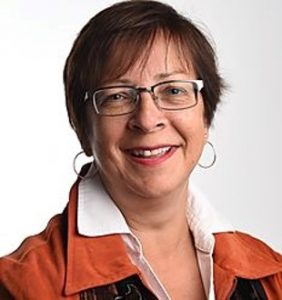 Valerie Hill Is a recently retired Waterloo Region Record reporter, a 21-year veteran of arts and lifestyle reporting. It was during an assignment in 2010 that she met the former owner of the Walper Hotel, in Kitchener. At the time, he was donating money from each room to build a school in Uganda through a Waterloo-based charity, GIVE Int’l. His words inspired Valerie and in 2012 she raised money and travelled to Uganda with GIVE, volunteering in schools.
From that first trip Valerie was smitten with Uganda and Ugandans, particularly the children. Returning to Canada, she recruited friends to create an organization with a focus on promoting education and performing arts.

When not engaged in running the charity she founded, DreamShare Uganda, Valerie spends time in the outdoors, camping, hiking, cycling and more recently, discovered the love of getting dirty in the garden. She is the mom of two and grandmother of two.
www.dreamshareuganda.ca
https://www.facebook.com/DreamShareUganda/