ART at the Carnegie

The COVERT Collective is a gathering of visual art curators from across Canada, sharing the work of artists they love, and work that inspires them. Digitally platformed and branded as curated. the ad hoc group celebrates the artists and work that makes them think.

Cooking Together by Racquel Rowe

Come ready to cook and engage in a group dynamic over zoom. You’ll need access to a stove, oven, and some kind of food processor. Participants will be making Drunken Plantain, Bajan Seasoning and Macaroni Pie along with the artist. Ingredient list will be sent to all participants once they have registered. NOTE: Limited to 12 participants. 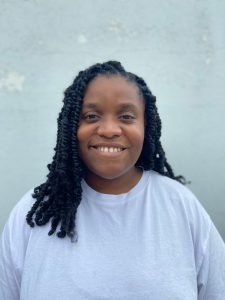 Her practice is continuously influenced by many aspects of history, matrilineal family structures, diasporic communities, and her upbringing in Barbados. Her work takes the form of performance, video, site specific work, and installation.

Tara Butler of Dust and Soul Dance and Amy Neufeld of Lightning Banjo Productions working on WISH FISH – an Exploration of Text and Movement investigating the musicality of language and how it connects to movement and dance.

Wish Fish is a fairy tale/fable about a powerful man with six daughters whom he locks in a tower once they reach a certain age, as is the custom. His youngest daughter stops aging, and his investigations into the cause yields no results. He confronts his daughter, and she tells him that she has been wishing on the fishes in the river to save her energy and grant her flight, and her wish is ultimately granted in an unexpected way. The story examines power and vulnerability, masculine and feminine, and how shifts across those notions impact character and story. This site specific piece was written to be performed in front of Waterloo’s Clay and Glass Museum. 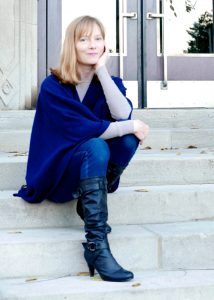 Tara began her dance career with The National Ballet of Canada after graduating from the National Ballet School. She then danced for The Alberta Ballet and was a celebrated Principal dancer for Canada’s Ballet Jorgen for 16 years. Bengt Jörgen created many lead roles in full length ballets for Tara including Romeo and Juliet, Cinderella, Anastasia, Coppelia, and The Nutcracker. She had the opportunity to guest perform internationally with The Hong Kong Ballet, The Ohio Ballet, Banff Festival Ballet and The Miami Hispanic International Ballet Festival. She has worked with many of Canada’s most sought after choreographers including Gioconda Barbuto, Roberto Campanella, Allison Cummings, Robert Desrosiers, Robert Glumbek, Allen Kaeja, Karen Kaeja, Malgorzata Nowacka-May, Crystal Pite, Kathleen Rea, and Wen Wei Wang.

Tara was featured in Michael Greyeyes short dance film ‘Seven Seconds and the award winning dance film ‘Old Country‘ by Allen Kaeja. Since moving to Kitchener and having her second child, Tara has been teaching and coaching young dancers, choreographing, and performing as a freelance artist. Tara has been appointed an Associate Artist with Pat The Dog Theatre Creation where she has launched a professional development movement creation workshop.

In November 2021 Tara and her newly formed umbrella company Dust and Soul Dance Projects presented Dance Takes Berlin, an evening of Contemporary dance at The Registry Theatre. These sold out performances featured new work by award winning choreographers David Earle, Allen Kaeja and Nickeshia Garrick. Under Dust and Soul Dance Projects Tara has also launched workshops for non dancers and new workshops for pre professional dance students. Tara is passionate about building a strong dance scene in the Waterloo Region through annual professional and original dance performances, community workshops and mentoring young dancers locally. The goal is to develop a dance ecosystem for the Waterloo Region as an essential part of the local arts scene. 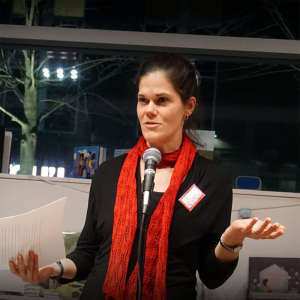 Amy Neufeld is a settler writing living and working in Kitchener Ontario. She is the co-founder of Lightning Banjo Productions, a theatre company for young audiences, and has written several plays produced by the company. Her plays explore classic children’s stories through a modern, feminist lens. Amy also writes fiction and essays, and has a blog where she is currently documenting her quest to become a River Phoenix Movie Completist. Amy has an Honours BA in English Literature from Wilfrid Laurier University, and a diploma in Theatre Arts from Grant MacEwan University. In addition to writing, Amy directs, produces, and teaches theatre. She is also an avid knitter with a fondness for creating cacti. She is thrilled to be joining the Women’s Room at Pat The Dog. Follow her on Twitter.

Working in Northern Ontario
with the PlaySmelter Visiting Artists

Join us for a Zoom presentation where we discuss everything about working in theatre in Northern Ontario, with our 3 visiting PlaySmelter Artists from Sudbury. 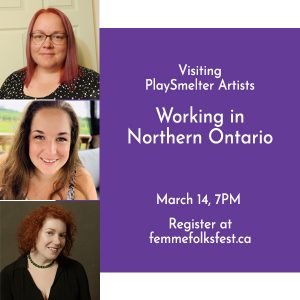 Sasha, a pregnant, transracial adoptee, attempts to beat her gestational clock as she battles with her past, present, and future to decide whether she should keep her unplanned child or place them for adoption.

Stretch Marks is a one-woman show that explores the mental, emotional, physical, and spiritual imbalances of oncoming motherhood and themes of young Black motherhood and the cyclical and familial trauma that motherhood can encompass. The audience follows the protagonist through the decision-making process of whether she should follow in her biological mother’s footsteps or forge a path of her own.

ABOUT THE MOVEMENT EXPLORATION

These sessions seek to explore how the main character’s past experiences manifest through her body and physical movement. The artists will be exploring breath to action and connection to cultural roots. 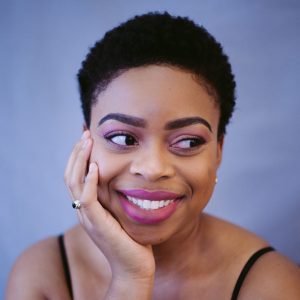 ARTIST: Vanessa C Spence is a classically trained theatre actor, published author, playwright, producer, and arts educator. She is the artistic director of Virtu Arts – the first Black woman-led theatre company in the Region of Waterloo that serves the diaspora of Black, Caribbean, and African artists in regions where they are not well represented. She is the Producer at Obsidian Theatre – Canada’s leading culturally specific theatre company, and an associate artist of Pat the Dog Theatre Creation where she is currently completing a company/creator arts residency supported by the Ontario Arts Council. Vanessa is also the Board Chair of Arts Awards Waterloo Region.

Vanessa’s personal artistic practice is rooted in building empathy and understanding of the stories of Black female bodies as a call to action that will positively affect the community and future generations. Vanessa was accepted as a regional playwright in the 2021 cohort for Pat The Dog’s Women’s Room where she completed her most recent work, Stretch Marks which saw a 3-day run in the IMPACT21 Festival presented by MT Space. Vanessa is currently developing an untitled, intergenerational play that tells the story of three sisters from Trinidad grappling with themes of aging, legacy, illness, and life vs. death.

Learn more about Vanessa at vanessacspence.com, and Virtu Arts at virtuarts.ca. 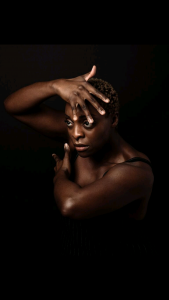 Nickeshia Garrick was born in Toronto, Ontario, and has been performing since the tender age of six. She received her dance training at the NYIDE (New York Institution of Dance and Education), National Ballet School of Canada, Toronto Dance Theatre, and Simon Fraser University. Her classical vocal and theatre training was achieved at Eastwood Collegiate Institute. Nickeshia has had the honour of training with Sean McLeod (New York) to achieve her certification in Sean McLeod’s Reinforced Motor Function Technique®, RMF®. Her extensive dance training includes Bakari E. Lindsay, Arsenio Andrade, Rob Kitsos, Peter Bingham, and Christopher House. She has received the privilege of performing in pieces by TDT, T.I.L.T Sound and Motion, Kaeja d’ Dance, Serge Bennathan, James Kudelka, Ballet Jorgen, and the Newton Moraes Dance Theatre, just to mention a few. Nickeshia has performed the Canadian National Anthem at the Rogers Centre, was a commissioned artist for the 2010 Winter Olympics (Vancouver) as part of the Push International Performing Arts Festival, has made appearances in various art installations and shows for Scotiabank’s Nuit Blanche (Toronto) and Fringe Festival (Toronto), and was invited to perform at the Nafro Festival (Winnipeg) as a soloist and part of a trio. Furthermore, Nickeshia has recently performed in Queerantine created by Rhoma Spencer for Toronto Pride, 2020 as a response to the Covid-19 pandemic and its effect on the queer community. Queerantine has recently been adapted into a short film called, My Execution Will Be Televised as a response to the Black Lives Matter movement.

Nickeshia holds her BFA at Simon Fraser University (Vancouver), is a 2018 Dora Mavor Moore Award winner for Outstanding Ensemble in Pool (no water), and is currently working on the second iteration of her solo show, To My Past, Present, and Future…

Virtu Arts is a theatre company that creates physical and virtual spaces to advance the careers and stories of the diaspora of Black creators. This creative hub supports Black identifying artists of all capacities outside of the GTA via its Creative Streams: education, development, and production.